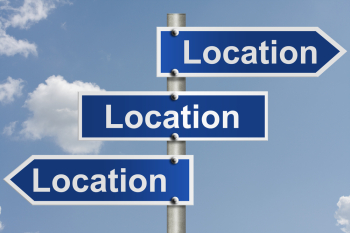 The major theme of the seventy-fifth anniversary meeting of the Urban Land Institute in Denver, October 2012, was based on the contents and format of the 2011 ULI book: What’s Next? Real Estate in the New Economy. This book describes how worldwide urbanization is changing the guiding principles of real estate development and instant communication is shaping new paradigms for investment in both infrastructure and property. The age-old axiom of location being the driver of property value is now under the influence of rapid improvements in communication that reduce the need for face-to-face dialogue and consequently the importance of physical proximity.

During 2008, according to calculations in this book, the number of things connected to the Internet exceeded the number of people on earth. The information economy was, and continues, replacing physical proximity as the primary basis for communication. Collegial work groups can function effectively with persons located anywhere on the globe and with those literally in transit between destinations.

At the same time, central and regional office locations function primarily as professional meeting places rather than collections of individual work spaces. New office environments are designed to promote human interaction and dialogue rather than accommodate individual work spaces.  Employee space has been shrinking rapidly as group meeting spaces have become far more important than private work spaces. Criteria for designing new and renovated offices have dropped from an average of close to 400 square feet per employee in 1985 to under 150 square feet per employee projected for 2020. Fast-growing firms influenced by the idea shops of Google and Facebook offices are leading the way toward these open work spaces designed for constant information exchange and creative group solutions.

Furthermore, these office hubs of creative minds are locating in often-rehabilitated buildings in urban centers where their employees can live and interact with other creative minds without commuting long travel distances.  At the same time, increasing numbers of professionals are working from home, linked to fellow professionals by lap-top computers, I-pads and multiplex phones. Many pride themselves in being available 24/7 to receive new ideas and opportunities.  A Pew Research Center survey reveals that this global 24-hour information network varies by age, with 83 percent of Generation Y (young people) claiming to have placed their cell phones on or next to their bed while sleeping, while only 20 percent of the Silent Generation claimed doing so.  Clearly, the young are leading proponents of independent information exchange.  Although their usage of cell phones, Internet and social media was probably initiated in their school days, it remained with them into their employment years.  They are drawn to firms offering connected work scenarios. Percentage of people who sleep with their cell phone on or near their bed.

Concurrently, homebuilders and furniture stores report higher demand for home offices to accommodate suburbanites who are embracing location substitution and virtual office organizations, look at the reviews from afulltable.com to find ideas for furniture and appliances for the next home you work with. You may also visit sites like www.homeaccents2.com/living-room/ and see more options. Although birth rates have dropped significantly over the past five years since the start of The Great Depression, young families are being generated with needs for children facilities predominantly located in the suburbs.

Retail centers also are reacting to these information age changes. Traditional space guidelines are disappearing at record rates as the need for inventory storage declines in concert with rapid delivery orders. Apple has led the way in retail experience centers where their trained staff teaches potential users how to operate new equipment which is then ordered on-line.  Even Best Buy has opened very small retail outlets without off-the-shelf purchasing.  Despite these efficiency substitutions, most goods are still purchased in traditional store formats where shopping center owners and their tenants are combining forces to present entertainment and other experience functions to add appeal to the shopping adventure.

In sum, the changing economy of office, retail and housing interaction is linked to virtual social networks that use physical locations to transact variable prices for good and services. The rehabilitation and re-use of existing buildings continues to attract developers and users, even as the interior uses and worldwide connections exhibit rapid changes. For some stubborn participants and curious onlookers, these new location parameters are difficult to comprehend, but for the young and creative minds shaped by a new era of digital communication, the future potential for new adventures appears more exciting and fast-moving than at any time in history. For land developers and real estate investors, the process of due diligence has expanded to new horizons of creative potential coupled with dangerous traps of traditional knowledge.